The Ohio Auditor of State’s Office is the custodian of records
related to public lands.

Ohio occupies a unique place in the development of the public lands of the United States. No other state experienced so many different systems of original land survey.

Central to the statehood-making process was the rational system of land division worked out in Ohio, and it is the story of that development that we turn to in these pages. In any story about the land, it is important to know the people who inhabited it, and so we turn first to Ohio’s earliest inhabitants. 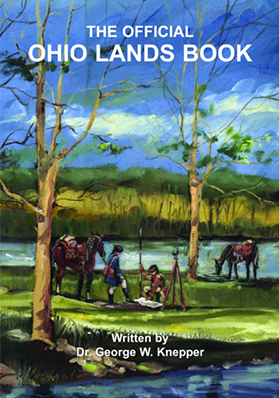 Along the Ohio Trail

Ohio is the 17th state of the United States of America. We in Ohio think of our state as a “Midwestern” state. People who live on the east coast of the U.S. describe Ohio as a western state, but people who live west of the Mississippi River think of Ohio as an eastern state.

Residents of Georgia or Florida say Ohio is a northern state. However, if you lived in Michigan or Wisconsin, Ohio would be south of you.

What does all this mean? Only that Ohio is a lot of different things to different people. Long ago the Iroquois people named the river that forms the southern and eastern boundaries of our state.

They called the river a word that sounded like “O-Y-O,” meaning “great water.” When Europeans heard the word “O-Y-O,” they turned it into the word we used today: Ohio. Soon the entire area north and west of the Ohio River was known as Ohio Country.

Our state is an important one in this nation. As you will learn, most of the land areas that became states of the U.S. were patterned after Ohio. 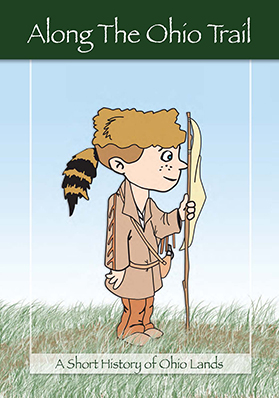